THE VIRTUAL SPACE OF PRELUDE 360°

Digital composites of photography and graphic montage - with soundscapes, videos and interactive possibilities. Each work of art evolves within the concept of its message and in the spirit of the Prelude project.

The Prelude project utilizes art as a means to evoke ecological awareness by using the virtual space as a potential venue for its platform, enhancing the availability of its message. Based upon art with references to global warming and environmental change, the virtual tour of Prelude deploys each work of art into 360° equirectangular panoramas. The artworks of Prelude, were created during the years 2014-19, and has previously been exhibited in different venues and most recently, as a solo exhibition at the Photographic Centre Nykyaika, in Tampere, Finland (January 2019).

Art can affect society and give a voice to the cause through emotive engagement. The Virtual Tour of Prelude combines low-tech with emerging tech and art with science. It engages the viewer to explore and also participate on the subject: The Prelude 360° VR is an online project available at RoundMe.com, the platform also enables viewers to leave comments on the site of the virtual tour. 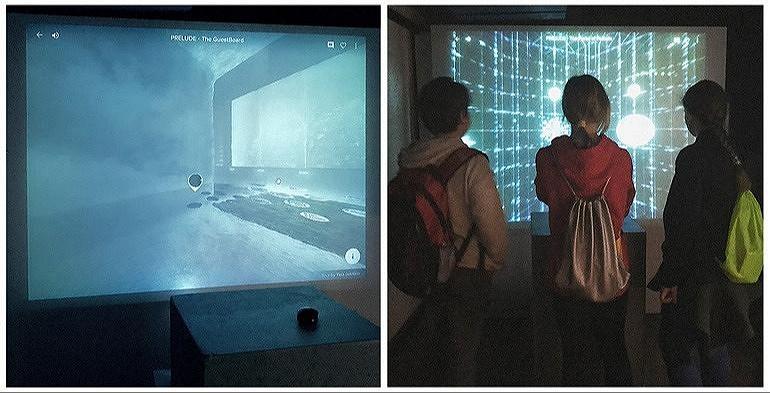 Prelude was invited to participate in Speculum Artium festival's program: DigitalBigScreen 360˚ in Trbovlje, Slovenia in October the 17-19.10 2019. The annual festival has hosted important researchers and artists from all over the world and this year's theme is "Humanization of Technology". DigitalBigScreen is a video festival, organized annually by the Regional Culture Center Delavski dom in Trbovlje (DDT) since 2010. The festival offers large cinema screens and projectors as a type of high-quality video presentation during the event.